Monopoly (The Board Game)

I played my first full game of monopoly yesterday

Its allusions to real life investing principles are poetic.

In my first few turns, I went to jail twice and landing on other people’s properties.

I missed many chances to buy property early on. But all the other players did.

The other players built houses before me. And made money whenever I landed on their properties.

Without any property for like my first 10 turns, I wasn’t earning anything. Thus, slowing leaving me behind over time.

And in the end, the “long term” effects were evident 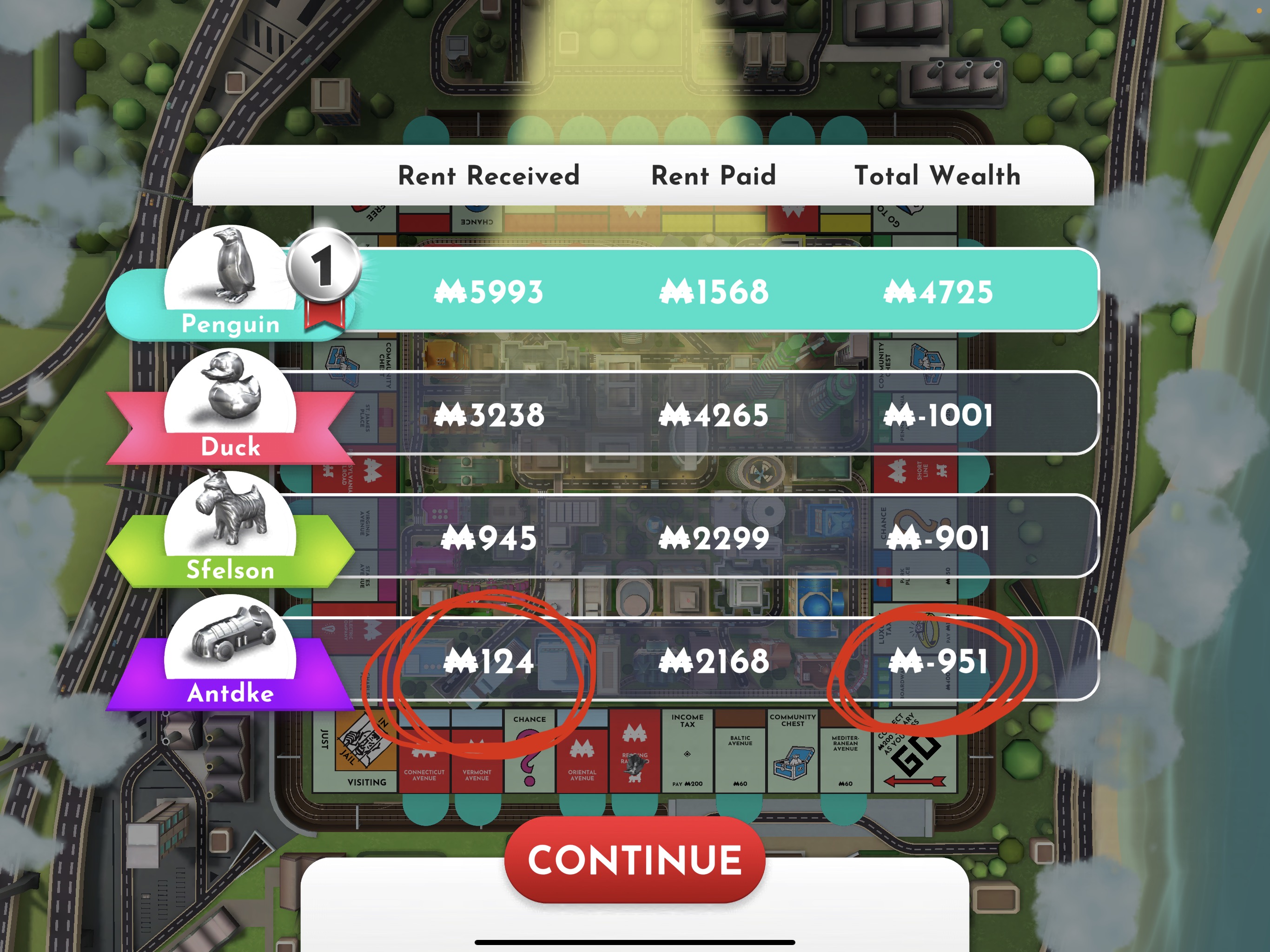 Those five first turns led to me being the player with the lowest accrued wealth in the game.

I even ended up owning the 2 most expensive properties in the game.

But it was already too late.

The other players already bought up most of the other properties and were accruing rent money with the houses and hotels they bought on them, compounding their wealth as I landed on their properties and losing whatever money I had as I paid them rent money.

But looking at the game with fresh eyes made me realize just how cool it is.

Hey 👋, I'm 23 and live in NYC. I currently do product at a fintech startup. Welcome to my corner of the web.Anthony Diké on Twitter